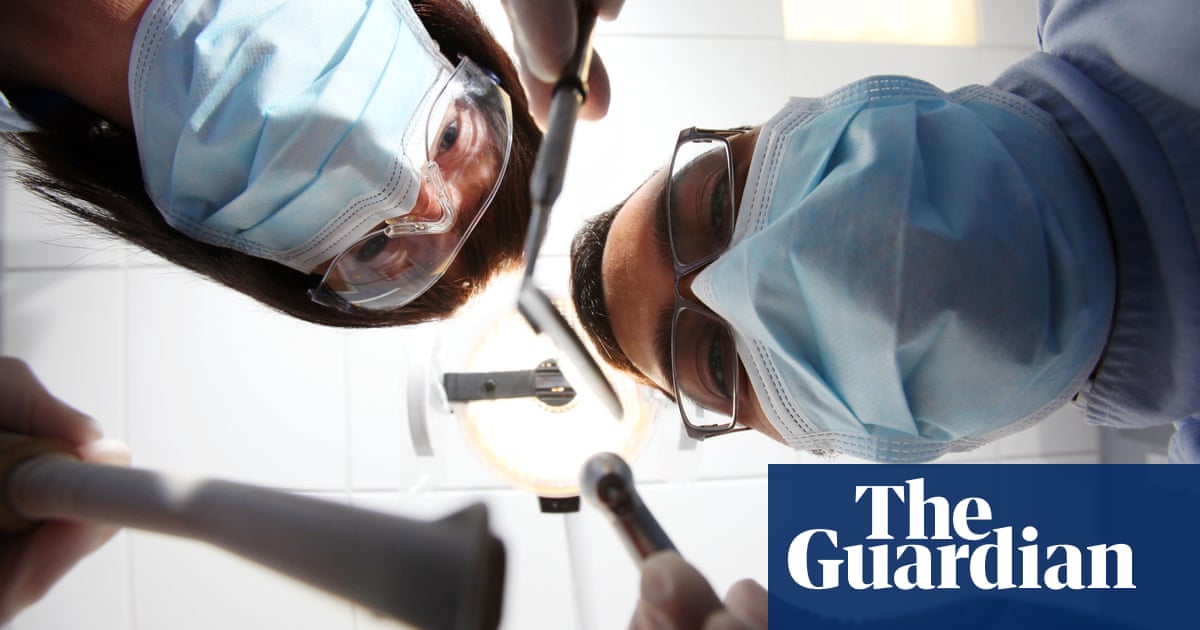 People have been told that private care could be available within a week, Heathwatch England says.

People are being told to wait three years for dentist appointments, according to a report by Healthwatch England.

Others are being removed from their practice lists for not making appointments sooner, the watchdog said.

Dental surgeries have reported they have "thousands" of people on waiting lists, while some patients are unable to access care despite contacting several to get appointments, with some told to wait until 2024 for one.

Healthwatch England reviewed 1,375 people's experiences and found that some people had been asked to wait for three years for an NHS dentist appointment, but were told that private care could be available within a week.

It said some people are being offered private care as an alternative at the same dental practice, with some "prioritising" private care and patients saying they felt "pressured" to use it.

Around 61% thought the treatment was too expensive.

While some people get access to free dental care - including children, pregnant women and those receiving income benefit support - many need to pay rates of between £23.80 for routine treatment to £282.80 for more complex care.

The watchdog warned that some people are avoiding treatment because they cannot afford to pay for private care.

It said delays have resulted in some patients' painful symptoms getting worse - and in one instance a patient needed hospital treatment after taking too many painkillers.

The report, seen by the PA news agency, highlights a number of issues, including repeated appointment cancellations - even midway through treatment, and patients being asked to wait six weeks for emergency care.

Less than half of adults saw NHS dentist in past two years, figures show

Some who called NHS 111 seeking emergency dental care were told to "use salt water", the report said, while others had been told to use DIY filling kits while waiting for an appointment.

The watchdog also warned people were being increasingly prescribed antibiotics with no prospect of a follow-up appointment to actually treat the problem.

Gwen Leeming, a pensioner from Brighton, suffered from tooth infections for two years, but when she tried to get treatment from her NHS dentist she was told that her practice was now only providing private appointments.

It took her six months to get the required care and she had to travel an hour away for her appointment.

The 72-year-old said: "I can't afford extra costs like private dental care. I'm one of the many victims of our broken dental care system."

Data from Healthwatch England suggests that 80% of people who contacted the watchdog in the first three months of the year said they had struggled to access timely care.

People on low incomes, those living in the North East and people from ethnically diverse communities were hardest hit, the watchdog added.

Imelda Redmond, national director of Healthwatch England, told PA: "The twin crisis of access and affordability hitting NHS dentistry means many people are not able to access timely care - and the poorest are hardest hit. Reform of dental contracts needs to be a matter of urgency for this government.

"Failing to act now will result in long-term harm for thousands of people, putting even greater pressure on the already overstretched healthcare system."

Shawn Charlwood, chair of the British Dental Association's general dental practice committee, said: "For too long meaningful reform of NHS dentistry has been repeatedly kicked down the road.

"COVID-19 has pushed a system already in crisis to breaking point, with millions left with no options."

A Department of Health and Social Care spokesman said: "We are committed to supporting the dental sector throughout this unprecedented pandemic so everyone across the country can access affordable, high-quality dental care.

"All dental practices have been able to deliver their full range of face-to-face care since last June, with over 600 practices providing additional support for urgent dental treatment.

"We continue to support the most vulnerable by providing exemptions from dental charges for certain groups - nearly half of all dental treatments, over 17 million, were provided free of charge in 2019-20."